Very happy with the Mk IV quad antenna. Bought it back in 2010 and has been up with no problems, even with several snow storms. Also have a 3 element SteppIR Yagi but doesn’t compare with the 4-element 5-band quad. If you like to get pile ups go for a Cubex Quads antenna, it happens very often. 🙂 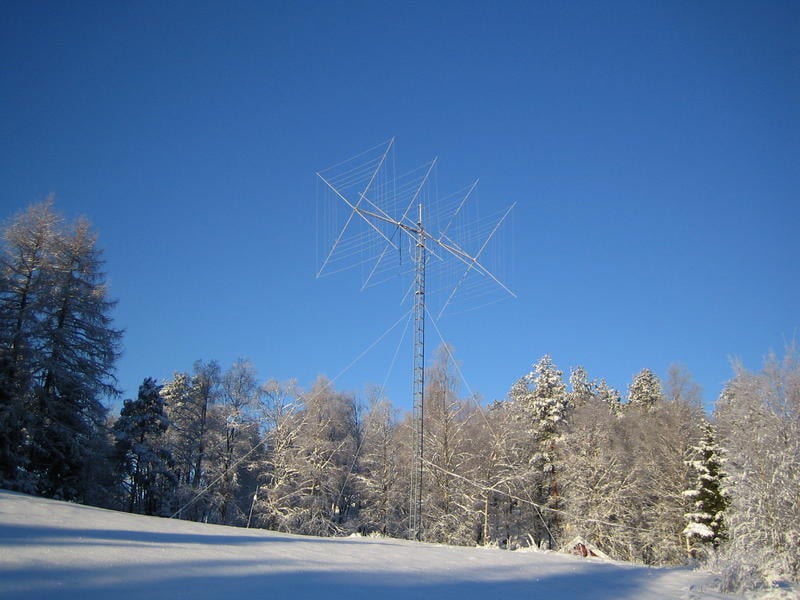 After many years of using a modified Lightning Bolt quad for 20-15-10 meters, I upgraded to a Cubex 5-bander. I’d heard good things about the Cubex models from other hams and Norman at Cubex was tremendous at answering my many questions and helping me to decide on the best model. In the end, I stayed with 2 elements, but got 5 bands in their MK-II-PT5 model. I opted for the continuous spreaders (standard one piece arms—-cubex) and pre-configuration of this over one of their less expensive Skymaster kits. I believe it was worth every extra penny. Below are some shots of the quad during construction and up on the tower with a few pictures of construction details

“The Quad is up and it was very easy to build and install, SWR very good and a big difference over my 3 ele yagi tnx I’m very pleased with it. I did do one mod to it were the wire passes through the spreaders I covered it with heat shrink to stop it chaffing on the glass fibre on a windy day hope to get you some more customers when all my friends have been round to view it. 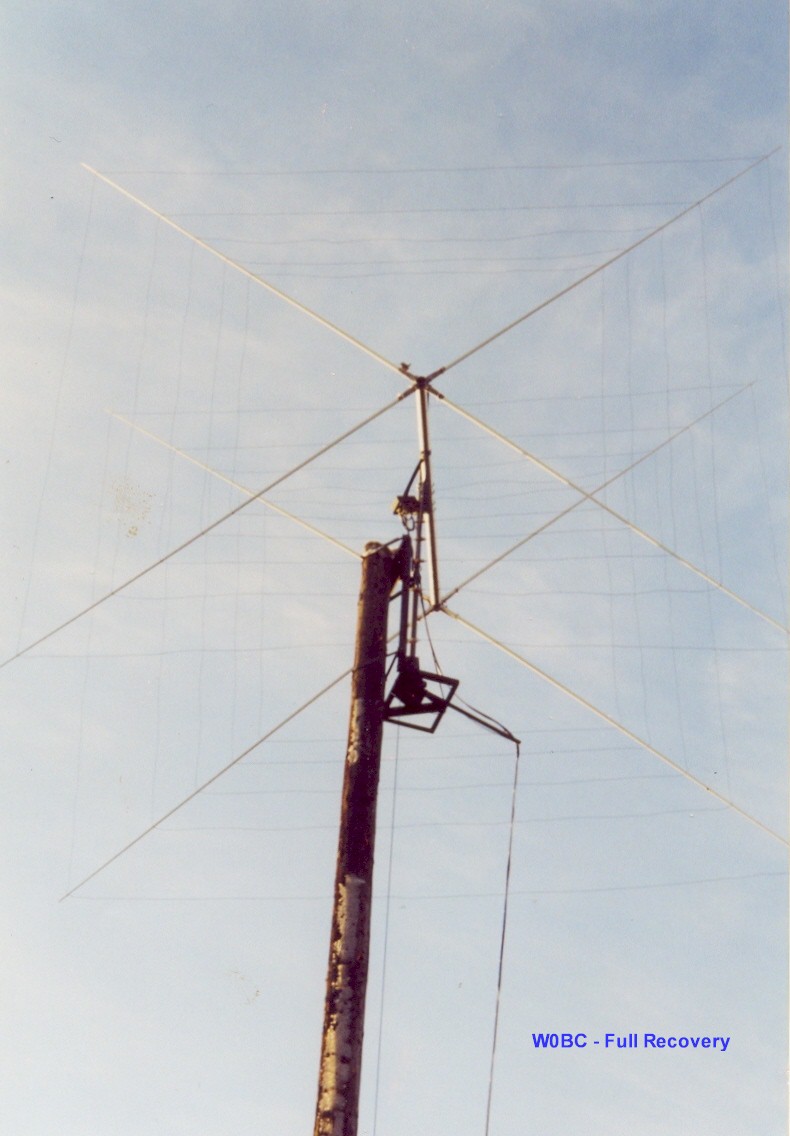 On the 29th of January 2002 our town, a suburb of Kansas City, was receiving sleet that affected the streets of the city only slightly, but I was concerned what the effect would be on my newly erected five band (CUBEX) cubical quad, an antenna type I had avoided because of its vulnerability to ice. No ice accumulation was noticeable that afternoon but the sleet turned to a super cold mist that evening and the next morning the quad was bowed with inches of ice. I was convinced it was total junk. The icing conditions worsened on the third night of this unprecedented monster storm. At the peak of the storm 370,000 homes were in the dark and remained so in most cases a week or more. We were declared a disaster area. Back to the quad. By that time it was reduced to about a six foot square of ice on a fifty foot pole. Over the next two days as thawing set in I watched, with disbelief, as the quad began to resume its shape and soon its full spread, unscathed. In the six months of operation before the ice storm I had become convinced it was the best DX antenna I had ever had in my sixty four years as a ham. A five bander too.